blessed with the gift of parenthood 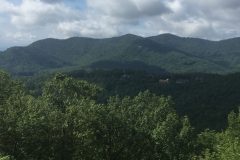 blessed with the gift of parenthood

This Christmas season has just been such a blessing- play dates, family dinners, cookies, and praising our Heavenly father. Sunday we woke up and went to Church- while there the pastor started talking about the birth of Baby Jesus and how it all came about. This is a story that I have heart about a thousand times in my life, but today it was like the pastor was talking directly to me and the story really resonated with me.

He starts talking about how God chose Mary and Joseph to raise baby Jesus. He chose Joseph to step up and love this amazing baby call him his own even though they din’t share a blood line. Isn’t that crazy! I have never thought about this story from this perspective, but seriously God chose for his own son to be raised by a man that didn’t share a blood line with his son.

A lot of times there is so much emphasis put on blood line and sharing blood line and how that makes family or how that’s “real” family. What does that even mean? Do you think that when Joseph introduced Jesus to people he said, “This is my step son.” maybe just maybe he said, “this is my wife’s son.” hmmmmmm I’m going to go out on a limb and say that Joseph was more than happy to not only raise Jesus, but to claim him completely as well. The reason I know that is because God chose him for that role. No different than God chose Marry to be his mother. NO different than God has blessed you with children.

Maybe next time you catch your self saying something as silly as “step” or my “half” just remember that God didn’t think that it was below his son’s bringing up to be raised by Joseph. The angel didn’t say this child will be your step child.

All I know is that God is Goood!! God has a plan you just have to be open for it. Just remember that if you are blessed enough to raise a child that you don’t share blood with maybe you should take a step back and just love that gift that you are given. Maybe if you are a Grandma or Grandpa and you are given the opportunity to be a grandparent to a child that you don’t share a blood line with you should just take a step back and be thankful, and not put so much emphasis on “blood line” and instead put a little more emphasis on the fact that you are given a perfect gift for a reason. That is for you to love and raise these children. Children are a gift whether you share a blood line or not.