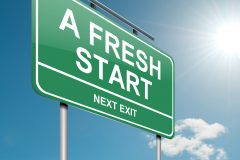 This year is an interesting year in our house, we have a daughter graduating high school, a son graduating 8th grade, and our tiny guy graduated pre school. That being said there are a lot of emotions that just engulf every aspect of my existence at this point. Anytime a graduation occurs it brings back a flood of memories that you have been buried for how ever long. It kind of forces your brain to slow down and take a walk down memory lane.

Throughout our lives we are kind of taught that the norm is that you attend the same school your entire life, you graduate, then you move back to your homes town, then you start your family and the process repeats. This is a beautiful thing, well in some cases. Let’s face it in this world it is who you know that does kind of help you get that foot in the door to certain places.

Our story is a little bit different- our children have attended a few different schools, lived in three different states, and been involved in activities in each of those states. They have done a bit of traveling. We have had many people say things: this must be so hard on the kids and kind of question what we are doing, but at the same time we have had people completely praise what we are doing… This sort of thing happens in every aspect of our lives. The fact is that we all just have to figure out what works in our house and embrace it. Starting Over- Having a conversation with our middle son Jacob today and we were chatting about school and I was asking him how he was feeling about the end of his 8th grade year and what he was feeling about becoming a high school student, and what he felt like that was going to look like…
He had a big smile on his face and said that he was feeling pretty good. He talked about how ending 8th grade felt really good because he felt like he was in a good place- socially and academically. He talked about the fact that he was a little nervous about entering into 9th grade and being the little guy again. He said he felt like being a 9th grader was going to bring on more responsibility, this meant that he had to work harder at staying on top of grades and school work. He then started talking about sports and he said that he just felt good, he knew he had to work hard and stay focused.

This conversation pulled at my heart strings as I am listening to my not so little boy talk and sound like such a grown up. It was a beautiful thing- Once he finished, I said, “Starting Over.” He giggled a little and said, “Yeah, I’ve done that a few times.”

This was a sort of AHA moment for me- This was my chance to remind him what that meant. Our lives are nothing but a serious of “starting overs.” We as humans are constantly starting over. As children, we are starting a new grade each year, we are entering new phases each year, as adults we are starting new jobs, starting new relationships, starting over with new vehicles or houses, we are starting over when it comes to phone plans or phones in general. We are constantly starting over. It’s normal and healthy to start over. How did I apply this to him- Buddy, with all the moves and new schools and new sports teams that you have been a part of- use these things as fuel for your fire. Fuel to tell yourself that you have already proven to yourself that you can be in a new state, with new coaches, a new team, and a new school, and excel! You can excel at anything you put your mind to. This is true for each of my children. This is true for really any and everyone.

As a people we tend to get so caught up in what we know that we forget to embrace that that we don’t know because of fear of failing, let go of that fear! Grab on to faith, faith of exceling. These conversations with my children are such perfectly imperfect moments. I love having one on one moments with them that allows us to just speak freely about what’s really going on… Instead of the normal everyday questions “how was school.” It’s these conversations that tug at my heart strings and humble me. These conversations help us to grow as people.

Take time out to allow the series of “starting overs” that occur in our everyday lives to happen. Accept them. I know that right now as a Mom, I am going through a series of starting overs- i am entering new territory. I am transitioning to having an adult child, a big kid, and a school aged kid. This is scary and tough, but also beautiful in it’s own right. I am excited for my children to find themselves, and figure out where they want to go and what they want to do.

I pray that they continue to put themselves in uncomfortable situations- I pray that they embrace the series of “starting overs”, because this will enable them to experience the new possibilities, and enjoy the moments that will engulf them.