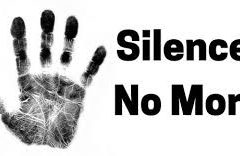 When hiring for a position- The interviewer or resume reviewer, they often times check the resume for credentials, and most the time a place asks you to give them 3 references, but the messed up part about this is that anybody can write down 3 people that they like and that will vouch for them, can’t they. I have never understood this concept and who came up with it, or the application will say some thing like can we contact this employer??? Um… if the person puts no, why are they putting no? These are things I would be thinking, but most places only ask for a resume and 3 references. Maybe this needs to be changed.

Why is it that we as a society allow for people in high positions to abuse the powers that they have? We allow it with teachers, doctors, athletic trainers, coaches, child care providers ect… Why? I get it that as parents there is just no way to know what is going on with our kids all the time, but my issue is this- After reading on everything happening with the US Gymnastics team- I have to question why when the accusations were brought up in 2012, why was that not looked into further? I know for me as a parent if (God for Bid) my child came to me and said that inappropriate touching was taking place- you better damn well believe that I would be fighting that and no one would be sweeping it under the rug.

This person- He doesn’t deserve recognitions with his name, but he was the chair head that put the rules in place to keep these things from happening… Let that sink in for a minute……………………………………………………………………..
He was the head chair that put rules and regulations in place to insure the safety of the athletes. That is a hard one to follow.

With that being said and every thing else that we read and situations that arise- As parents we just have to be more present. We shouldn’t just trust everyone that we meet based on the job that they have. It’s funny society has taught us to trust a man or woman with a suit on, but shy away and actually look down on someone in dirty or unmatched clothing… I have heard a lot of Mom’s express that they don’t feel comfortable questioning a teacher, Principle, coach, or doctor ect… I however, I don’t think as parents we should feel bad for questioning the very people that are spending time with your child. I’m not saying to override what’s happening. I’m saying that if something doesn’t make sense to you or you don’t agree with something or you get that funny feeling in your gut- it is okay to have an adult conversation and ask a few questions, because if you don’t who are you really hurting. Just because they work where they work doesn’t mean they are better or worse than you.

When Jacob was little= I had taken him to the Dentist, the dental assistant comes out and says come on Jacob, I get up as to follow and she says oh we don’t allow parents. (Mind you he was 4 at the time going in for his first cleaning at a new place) I was like oh, okay well I understand your policy, but this is a new place and this is his first time. Do you think it would be okay for me to join him this time. Wouldn’t ya know it- She said of coarse and I followed along. I am sure if I had worded that different and made her feel like I was attacking her, things would have went different.
It just reminds me of all the victims that came forward about Michael Jackson, but yet none did anything about it because I am sure they were paid hush monies- I’ll take your money and your freedom thank you!

Now- we allowed a man in office that is degrading to people, places, and things that he feels are less than him. As someone who has coached and worked in the school system, I think it’s important to always be careful. I am a big fan of the ap “group me’ or group texting, or having a website that has all the information the student would need. There is no reason that you should be private messaging a student from your personal e mail. You should be running stuff through a public type of forum, if that student asks for extra help you should be making the parents aware and tutoring in a public setting. CYA

If you can’t contain yourself around students, then you should NOT I repeat should NOT be working with our children, I don’t care if the student is 18 (a legal age) They are still a student and not old enough or mature enough to make an educated decision. You are an educator and should not be looking at students as potential companions!